American Society for the Prevention of Cruelty to Animals
http://www.aspca.org

In Defense of Animals
http://www.idausa.org

World Society for the Protection of Animals
http://www.wspa-international.org

Join us for the Fall Meeting for 2019 and meet with some of the finest people in Spokane for the animals! 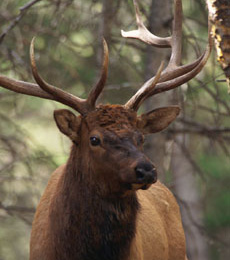 "How wonderful it is that nobody need wait a single moment before starting to improve the world."

More than 95-percent of eggs sold in the U.S. come from birds confined in wire battery cages too small to stretch a wing or turn around.

Chris Anderlik, Animal Advocates board member and fierce advocate for animal's rights, passed away peacefully on April 9, 2011. Chris was a friend, mentor and inspiration to an untold number of people who wished to turn their respect for animals into action. Animal Advocates owes her a debt of gratitude, and we will miss her greatly.

She was born in Galesburg, Illinois, and graduated from the University of Illinois where she met Bob her husband of 61 years. Her first job out of college in an animal research lab exposed her to the atrocities of animal research. She quit that job and became a chemistry teacher, coach, and life-long Animal Rights and Animal Welfare advocate. Her religion was Veganism. "Animals are not ours to eat, wear, or experiment on"was the motto she lived by.

Chris, along with her husband Bob, co-founded the group "For Animals" in Traverse City, Michigan where she earned the Lifetime Humanitarian Award from the Michigan Humane Association. She and Bob moved to Liberty Lake in 2001, became President and then Executive Secretary of the "Animal Advocates of the Inland Northwest".

Chris did not want a service, and please no flowers or gifts. Instead her dream was for everyone to go an extra mile to practice true compassion for animals.

Donations can be made in her memory to any of the following: